To: President Garrett and Trustees of Cornell University 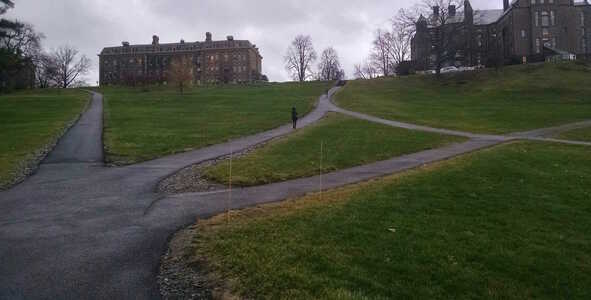 We, as alumni of Cornell University, call upon our alma mater to divest from ownership in the 200 publicly traded companies that are most committed to long-term burning of fossil-fuels, as determined by fossilfreeindexes.com. We recognize our personal responsibility to take action on climate change, and pledge to withhold all donations to Cornell until it divests.

We urge the University to divest for three reasons:
1. Public divestment is a necessary counterpart to Cornell’s climate action leadership in research and education; the University is effectively endorsing the fossil fuel industry by its financial silence on this issue.
2. As the world shifts toward a low carbon energy profile, the fiduciary interests of Cornell’s endowment will be well served by an expeditious exit from fossil fuel equities.
3. We believe in supporting the five campus assemblies that have already come to this decision for the sake of a healthy democracy at Cornell.

Recently, Cornell sent a delegate to COP21 in Paris which included Bob Howarth who is well known for his research on methane gas in the atmosphere. For those of us watching and reading about the event at home, it was extremely distressing to see the extent to which the United States is holding back the entire world from necessary change.

Although this movement may have started on college campuses, universities have been slow to divest. We have previously been led to believe this is about the financial performance of endowments. However, recent independent analysis has shown that a diversified portfolio without fossil fuel equities would perform as well or better than one with them. Even though the target equities currently comprise a mere ½ of one percent of the endowment, divestment would have gained Cornell at least $45 million over the past decade. Universities that have participated in divestment actions have outperformed Cornell. We ask that Cornell join the many educational institutions, pension and sovereign wealth funds, and faith-based and charitable organizations who have divested since this movement began in 2013. Currently over 500 institutional investors have committed to some form of fossil fuel divestment, amounting to over $3 trillion of assets (gofossilfree.org/commitments/).

The Student Assembly, Faculty Senate, Graduate and Professional Students Assembly, Employee Assembly, and University Assembly have already requested that Cornell should join the global divestment movement. This unanimity of all the on-campus constituencies is unprecedented in Cornell’s history. This fall, over 1,300 members of the Cornell community signed a letter supporting divestment, which was presented to the Board of Trustees. We want to add our voice to theirs.