To: Trustees of the State of Wisconsin Investment Board (SWIB) 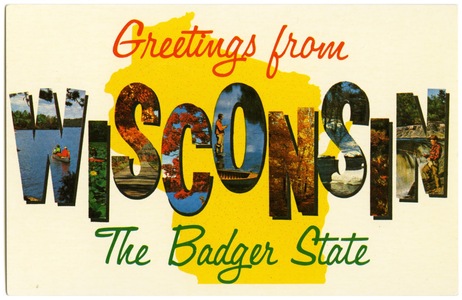 For the good of our state and nation, and to preserve and improve the quality of life for this and future generations worldwide, we call upon the trustees of the State of Wisconsin Investment Board (SWIB) to divest from all direct ownership in the 100 companies with the largest known reserves of coal, and the 100 companies with the largest known reserves of oil and natural gas. Divestment should occur in an orderly way over the next five years, but must include any comingled funds with equities or corporate bonds of these companies, and an immediate freeze on any new investments in these companies.

It’s now clear that we can’t safely burn even half the known fossil-fuel reserves. Up to 80% of world's known reserves need to stay in the ground.

It’s wrong to let fossil-fuel companies destabilize our climate. But, it’s perverse for Wisconsin’s public employees and retirees to profit from it.

Experts agree on the basics of climate change. The scientific consensus is overwhelming that greenhouse-gas emissions from the coal, oil and natural gas that we burn are rapidly warming the planet. It’s already harming us and other species. We’re approaching a dangerous threshold for warming—generally quantified as 450 parts per million of atmospheric CO2 or an increase of 2-degrees Celsius (3.6 F) from pre-industrial temperatures.

The concern is that crossing that threshold for any extended time risks a “game over” scenario for civilization as we know it. At some point beyond 2-degrees Celsius (3.6F)--the precise point is uncertain--it won't matter if human emissions immediately drop to zero because the physics and chemistry of the Earth would continue warming the planet for centuries.

The urgency is that decisions we make about burning fossil fuels in the next decade or two may determine whether today’s carbon “sinks” that hold vast amounts of carbon—like tropical forests, peat bogs, permafrost, and ocean clathrates—turn into carbon “sources” that release their carbon as greenhouse gasses into the atmosphere.

We still have time to act—if we start dramatically reducing human greenhouse gas emissions now. We have feasible and affordable technological solutions that don’t require great financial sacrifice. And, it won't wreck the economy or kill jobs. Between now and 2050, we can transition to a low-carbon economy for the same as it would cost to upgrade our current fossil-fuel infrastructure and create more green jobs than the fossil fuel industry can provide under any scenario.

We'll also improve our heatlh. The toxins that come out of our smokestacks and tailpipes contribute to 4 out of 5 of the leading causes of death in the United States, and cost in American lives and treasure of bringing oil from foriegn wellheads to our shores is self-evident.

For the good of our state and nation, and to preserve and improve the quality of life for this and future generations worldwide, SWIB must divest from fossil fuels.