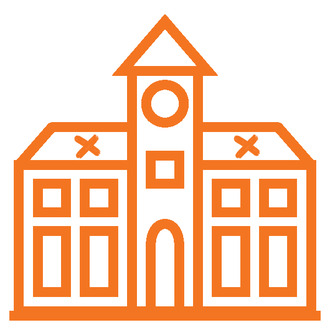 Colleges and universities are leading the way. Students have always been key to movements of conscience, and this fight is no different. Institutions of higher education are charged with preparing their students for lifetimes of work and service. But if those institutions are invested in fossil fuel companies, then students’ educations are being subsidized by investments that guarantee they won't have much of a planet on which to make use of their degrees. Colleges and universities rush to launch greening initiatives, sustainability offices, and environmental curricula, but it makes no sense to green the campus and not the portfolio. Fossil fuel divestment is a reasonable next step -- and it’s the right thing to do.

Sadiq Khan, the Mayor of London, supports divestment! http://www.sadiq.london/a_greener_cleaner_london Climate change is the greatest challenge humanity has encountered. Warming in excess of 1.5°C will have catastrophic consequences [1]. In order to have a chance of staying below this temperature rise, 80% of known fossil fuel reserves must not be burnt [2]. The fossil fuel industry currently holds vast carbon reserves which if burnt would result in emissions 5 times larger than what it is deemed to be safe [2]. All available evidence suggests that fossil fuel companies intend to burn the reserves within their control. In addition, companies such as Shell are actively trying to discover new reserves, often in environmentally sensitive regions [3]. If it is wrong to damage the world we live in, then it is wrong to profit from that damage. Responsible investors should no longer be profiting from the destructive activities of these companies. The London Pension Fund Authority (LPFA) manages the pensions of City Hall employees (including the Mayor of London and the London Assembly) as well as many other local authorities [4]. It manages nearly £5 billion worth of assets, millions of which are direct investments in fossil fuel companies including BHP Billiton, Rio Tinto and Shell [5]. Indirect investments total £54.6 million. These fossil fuel investments are becoming increasingly risky as the cost of extraction increases and international treaties restrict the use of fossil fuels [2]. Not only does it make moral sense not to invest in the destruction of our planet, it also makes financial sense. By divesting from fossil fuels, City Hall will join public institutions such as the British Medical Association, Glasgow University and Oxford City Council, amongst many others, in leading by example to help create a sustainable future for the citizens of London and beyond. So we ask: 1. The London Pensions Fund Authority (LPFA) to: - Immediately freeze any new investment in fossil fuel companies, including those made by externally managed and pooled funds. - Offer a fossil free pension option to employees - Divest from the top 200 companies with the largest known carbon reserves (oil, gas and coal), and shift these funds to lower risk, ethical investments within 5 years 2. The Mayor and the London Assembly must be transparent about their relationship with the fossil fuel industry: - Publish full details of their financial and other ties to the fossil fuel industry - Not accept sponsorship and advertising from fossil fuel companies. - Declare their divestment from the fossil fuel industry in order to encourage other pension funds, institutions and individuals to do the same. References [1]http://bit.ly/1Cp61vN [2]http://bit.ly/1mLPo58 [3]http://bit.ly/1r2Y2Qb [4]http://www.lpfa.org.uk/Who-we-are.aspx [5]http://bit.ly/1z8u53U

Fossil fuel companies’ current reserves of oil, coal and gas hold 5 times more carbon than the world’s atmosphere can safely handle. Their business plan will cause climate chaos for billions of us, yet UK universities still collectively invest £5.2 billion in fossil fuel companies (1). The University of Cambridge and Colleges have an overall endowment that equates to almost £5 billion (Ibid.). Without an ethical policy (unlike universities such as Oxford, UCL and St. Andrews), this money is invested in companies without consideration of their catastrophic environmental impact. At a global and local level, the impacts of these investments contradict the University’s positive contributions to society, through research and education. Over the past two years the global divestment movement has shown the very real path to a sustainable, fossil-free future. Regarding fossil fuels, the divestment campaign is the fastest growing climate justice campaign in history. So far, $2.6 trillion has been divested from fossil fuels by 456 institutions (Ibid.). It is recognised across the world that global temperatures must remain no more than 2°C higher than in pre-industrial times if climate change is not to destroy our entire way of life (Ibid.). For this to happen, study after study has demonstrated that 80% of currently known fossil fuel reserves must remain in the ground (Ibid.). This view is endorsed by mainstream elements of society, from Mark Carney, the governor of the Bank of England, to the United Nations. Companies like BP and Shell – and the University’s investments in them—are not part of a sustainable future, no matter how they, or the University, might pretend otherwise. Small investments in renewables are far outweighed by the catastrophic impacts of continued oil extraction. In universities around this country and the world, divestment is denying these companies their moral acceptability – Cambridge needs to catch up. In the University’s “Dear World...” Campaign, it has positioned itself as the driving force for a better future. If it wants anyone to respect that, it needs to demonstrate moral leadership and distance itself from the fossil fuel industry. Fortunately, the working group on investment recently set up by the University presents the perfect opportunity, just a month before the historic climate summit in Paris. All moral and financial arguments point to the same thing – divestment from fossil fuels. References: (1) People and Planet (2013). Knowledge and Power: Fossil Free Universities Report. https://peopleandplanet.org/dl/fossil-free/knowledge-power-report.pdf
その他のキャンペーン