To: The University of Florida 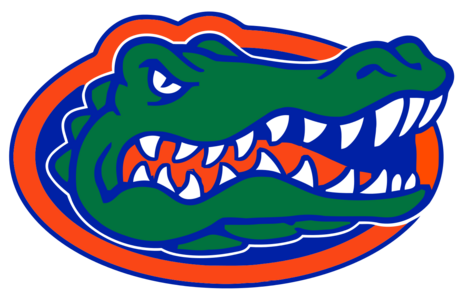 Freeze all current and future investments into the fossil fuel industry and begin to sell all stock associated with fossil fuel corporations.

The number one threat to human existence and the quality of life is climate change. We are undergoing the most rapid change in biodiversity since the extinction of the dinosaurs (65 MYA). Roughly 150 species are lost everyday because of human activities. This is a mass extinction event happening silently around the world. Do we not value what the Earth has given us? It has given us life, the materials for creativity and innovation, and through evolution a complex brain that is the only product of the known universe that can consciously recognize and study...the universe.

The human species relies on the world's ecosystems for our air, food, and water, yet we are casually decimating every ecological system on Earth by continuing to extract and burn fossil fuels. If fossil fuel corporations are able to continue to have their way, we are going to lose our civilization. Antartica's glacial melt is growing exponentially. The average world temperature has already risen 1 degree celsius and the damage is catastrophic. 2003 France/West European heat wave (kills 70,000 people, that was only with a 0.8 C change), 2015 Superstorm Sandy, the largest coral bleaching in recorded history, the polar vortex in 2014 and 2015, the California drought, and worldwide coastal flooding are all side effects of this warming. The world temperature will rise another 1/2 degree celsius even with immediate action. Without action, the warming reaches 2 degrees celsius by 2036. Climate analysts say the door to keep the 2 degrees C change from occurring closes in 2017.

A 2015 study by the University of Florida states that based on current CO2 levels in the atmosphere, we are in for a 5-9 meter rise in sea levels no matter what. The majority of the world's most populace cities are situated along the coastline, with a rise of sea level so great they will be submerged. And where do all of those who are displaced go? The hundreds of millions of people around the world? Civilization will collapse. We have already seen this in the Syrian civil war, the first civil war caused by climate change (5 years of no rain). And the 2 degrees are just an average. In the poles the temperature increase is greatly exaggerated, as well in Africa. The agricultural systems in Africa would cease to exist. In order to save the Greenland ice-sheet we would have to cut emissions by 80% before 2020. This is not possible, especially when the fossil fuel industry is continuing to expand and has the profit motive to do so.

Educational institutions around the country have already begun to divest from the fossil fuels industry, making inroads to erode the profit of carbon based fuels. The effectiveness of the divest movement was demonstrated against apartheid in the 80s and was one of the main reasons apartheid in South Africa was unraveled. When fossil fuels companies are finally held accountable for the external social costs of burning fossil fuels, a clear pathway to clean renewable energy can be made. A path that creates jobs and grows a clean economy. Let us follow in the footsteps of Germany and other modern countries and make the switch.

This is the most difficult problem in the history of human existence and it is our generation that must solve it before it is too late. Let the University of Florida lead the way by setting this benchmark for other institutions across the country to follow. Let our slogan hold more meaning. It's great to be a Florida Gator.