To: The Vice-Chancellor, Council and Joint Investment Committee of the University of Cape Town, and Trustees of the UCT Foundation

Victory! (UCT to divest from fossil fuels and invest in sustainable energy)

We won. We'll need to follow up, but for now, this petition can be closed. 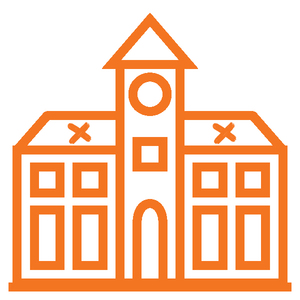 2. Ensure that none of UCT's directly held or commingled assets include holdings in fossil fuel public equities and corporate bonds within five years, as determined by the Carbon Tracker list.

3. Release quarterly updates, available to the public, detailing progress made towards full divestment.

4. Investigate and report back on steps towards a general policy of socially responsible investment, in sustainable energy in particular, that will include urging all companies in which the university is invested to map and publicise their own paths towards being carbon neutral by 2050.

5. Commit to creating a roadmap to carbon neutrality in its own operations.

Almost every government in the world has agreed that any warming above a 2 °C rise would be unsafe, and many[1] believe that target should no more than 1.5 °C degrees. Humanity has raised the global temperature by 0.8 °C, and that has caused far more damage than most scientists expected. More than a third of summer sea ice in the Arctic is gone, the oceans are 30 per cent more acidic, and the climate dice are loaded for both increasing floods and droughts.

This damage to a human-friendly climate threatens the most fundamental human right – the right to life – and the environment and economies that support human life.

Scientists estimate that humanity can add roughly 565 more gigatonnes of carbon dioxide into the atmosphere and still have an 80% hope of keeping average global warming below two degrees.[2] Computer models calculate that even if we stopped increasing CO2 and other greenhouse gas levels now, the temperature would still rise another 0.8 °C above the 0.8 °C we have already warmed, which means that we’re already three-quarters of the way to the 2 °C target.

The proven coal, oil, and gas reserves of fossil-fuel companies, corporate and state-owned, which they currently plan to extract, equal about 2,795 gigatonnes of CO2, or five times the amount we can release without passing 2 °C of warming.

Given this mounting crisis, there have been numerous authoritative calls[3] for a global target of phasing out all use of fossil fuels, or achieving carbon neutrality (net zero emissions), by 2050.

Africa is a continent particularly vulnerable to climate change and it would be short-sighted to contribute to our own destruction – ‘extremely dangerous’ climate change[4] – in the name of short-term economic development.

The principle of intergenerational equity is written into the South African Constitution, but contributing further to climate change would inevitably compromise the lives and livelihoods of current and future generations.

Every societal institution that is aware of the climate change threat has a profound responsibility to take every possible action to avert it, especially to those that hold some responsibility for contributing to it through past and present emissions.

It makes no sense to preserve the short- and medium-term value of current investments while contributing to long-term economic destruction.

Divestment is wise (avoiding risk of stranded assets), ethical, feasible (many other institutions are doing it), effective and urgent.[6] UCT's own chancellor, Graça Machel, told the UN in September 2014, “There is a huge mismatch between the magnitude of the challenge and the response we heard here today. The scale is much more than we have achieved.”

UCT aims to be a centre of excellence in climate change research, and risks undermining its academic integrity if it continues to invest in companies and practices at odds with the conclusions of its researchers.

[*] References can be viewed at gofossilfreesouthafrica.wordpress.com/about.

NB: Please sign this petition only if you are a member of the UCT community – faculty, staff, students and alumni.

How it will be delivered

Aug 2021: We are close to victory! UCT's responsible investment panel (the UPRI) has now recommended full divestment by 2030.

Petition is successful with 1,061 signatures